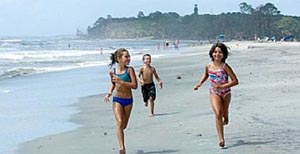 Historic Beaufort and Paris Island South Carolina Marine Corps Air Station are 35 miles from Hilton Head. Much like Hilton Head and Bluffton, Beaufort is also known for its outstanding golf courses, beaches, and outdoor activities, but Beaufort is a much more established city that is rich with South Carolina Lowcountry history and culture. Beaufort and the surrounding sea islands have a rich African American heritage and Gullah culture.

The Marine Corps Air Station puts on the Blues Over Beaufort Air Show in April each year and there is a water festival held in Beaufort during July each year. There is no shortage of things to do or see in the Hilton Head, S

C Lowcountry area. The South Carolina Lowcountry is a great place to visit, but an ever better place to live. Beaufort ranks as one of the best retirement cities in the United States and was named The Best Small Southern Town by Southern Living. 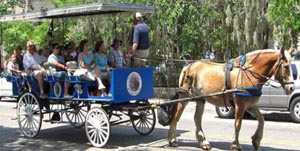 Beaufort SC is a historical city that was founded in 1711. It has maintained its antebellum architecture (pre-Civil War) and small town atmosphere. And like Savannah GA, its historical preservation makes it a desirable location for films. Many famous movies have been filmed in Beaufort SC including Forrest Gump, The Prince of Tides and The Big Chill.

Beaufort, South Carolina is one of America's most charming art towns. The downtown area has a number of art galleries filled with one of a kind art from the Beaufort & surrounding Lowcountry area's local artists as well as historic and tour museums rich in history of the South Carolina Lowcountry.